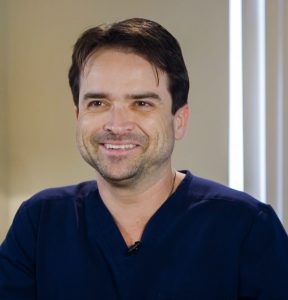 Following this residency, he was in private practice in Caracas, Venezuela until 2012. In 2012, he joined the Oral & Facial Surgery Center of Tallahassee, FL and practiced oral surgery there for three years. In 2015, he moved to Osceola, FL to practice oral surgery at the Osceola Medical Center.

In 2018, Dr. Samaniego joined Central Florida Institute of Oral Surgery and Dental Implants, in Winter Park, where he serves patients from throughout the greater Orlando and Central Florida area.